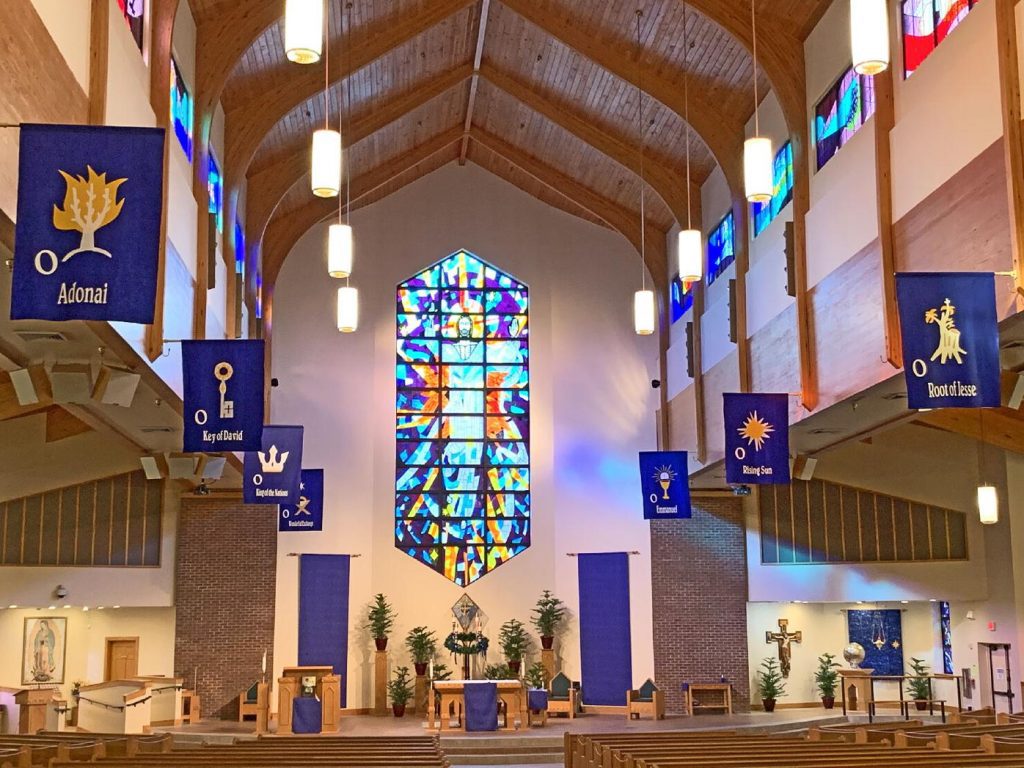 Our banners made the news in the Florida Catholic.

Parishioners at St. Patrick Parish in Mount Dora have been planning to make O Antiphon banners for the Advent season for a decade. This year, the five-foot banners became a reality, just in time for Advent. Bernie Welch, and his late wife, Marie, were the driving force behind the creation of the banners. Marie was an artist and created some of the stained-glass windows in the church. It was Bernie’s idea to design banners based on the Advent “O” Antiphons. Parishioners Rena Woodley, Shirley Jones, Carol Ann Sliman, Ellen Bedgood, Sharon Torres, Terrie Sammond created the eight banners inspired by artwork of the Benedictine Sisters of Turvey Abbey who designed a set of banners based on the seven “O” Antiphons

You can read the entire article here.